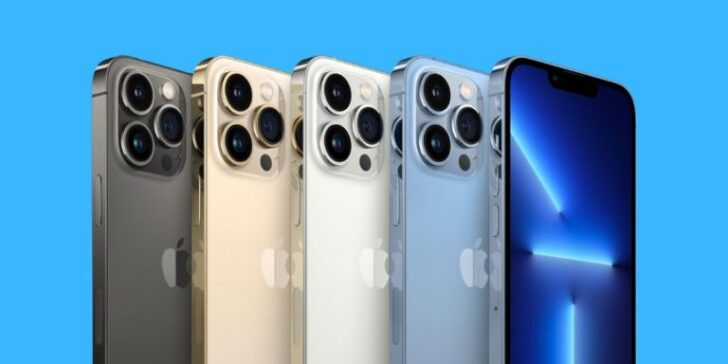 Apple oversaw the release of various categories of new hardware from Cupertino OEMs in its California streaming keynote on September 14. We are now accustomed to seeing the annual updates of the iPhone product line, and this year’s models use the iPhone 13 name to distinguish them. The iPhone 13 Pro and everything you need to know, especially if you are an interested buyer.

Please note: In addition to the iPhone 13 Pro, Apple also introduced the larger iPhone 13 Pro Max, the standard iPhone 13, and the compact iPhone 13 Mini. To learn more about them, click or tap on the color product names above.

The iPhone 13 Pro model will be available for pre-order starting on September 17 and will be available in stores and shipped from the 24th a week later. The 128GB version starts at $999, and a new 1TB option is now available. The following table shows the various pricing tiers.

The front of the iPhone 13 Pro is equipped with an improved 6.1-inch Super Retina XDR display. With Apple’s ProMotion technology, its OLED panel can now actively refresh between 10 and 120Hz. Its screen resolution is 2532 x 1170, which is similar to the iPhone 12 Pro, but the ratio of the screen to the body is slightly different because of its smaller notch. Apple claims that its size has been reduced by 20%.

But focus your attention on that smaller dent, which houses a 12MP front camera, responsible for “Slofies”, if that is still the same thing. On the other side is the triple camera setup, which consists of a new array containing larger sensors for 12MP wide-angle, 12MP ultra-wide-angle, and 12MP telephoto lenses.

Last year’s 12 Pro Max was equipped with a slightly different main wide-angle lens with sensor displacement stabilization. A kind of OIS, in this case, the entire sensor does not allow the lens to have a certain degree of freedom of movement, but can move to deal with any shaking when taking an image or video.

Dealing with all the processing on this year’s hardware is the A15 Bionic and 128GB of storage space for the entry-level iPhone 13 Pro. As mentioned earlier, if you want more local storage, this can reach 1TB. On the iPhone 13 Pro, the chipset has a 5-core GPU, one more than the standard 13. Apple stated that the basic A15 is 30% faster than its competitors, and the chipset’s processing speed is 50% faster than similar products.

As for the battery capacity, although Apple did not give us any raw data, we will have to wait for iFixit’s disassembly to confirm the exact details, but the OEM does claim that the usage is one and a half hours more than last year.