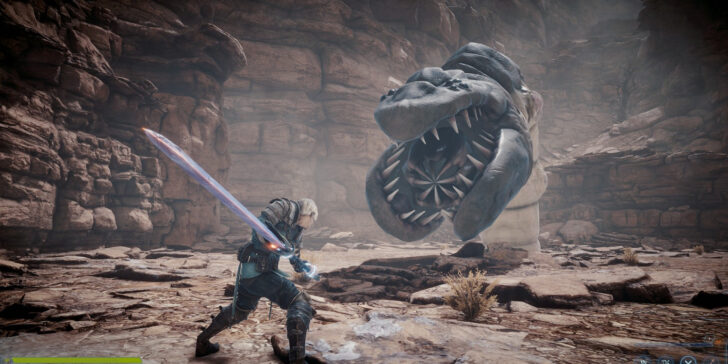 ManyDev Studio is creating a dark fantasy action-adventure RPG “Illusion Lands”, which has been put on the Steam platform and supports Chinese. The official release of the game’s new trailer and said that it would launch a demo version for players to experience in the near future.

“IllusionLands” is a third-person action game that combines an exciting storyline and rich combat. The background of the work is set in a dark fantasy + science-fiction style world. It is about the monster hunter Erwin who specializes in hunting the creature Devourers created by the powerful gods. After knowing the true purpose of the gods, in order to complete the mission of liberating mankind, yes, The gods raised their flags and went to defeat the Devourers who obeyed the will of the gods. Players will be able to challenge various types of huge monsters in various regional levels. In the process of following the footsteps of the protagonist, he gradually understands the attempts of the gods and understands the secret of why the protagonist decided to stand up and fight.

-Brutal combat system design, with rich visual and sound effects, combos and finishing moves. The story is strong, and the game is full of interesting dialogues, events and unforgettable characters.

-Able to use unusual combat tactics, use different types of weapons and skills.

-Unique magic system. The battle is fast-paced, and countermeasures are formulated against all kinds of huge monsters, giving people a dynamic gaming experience.