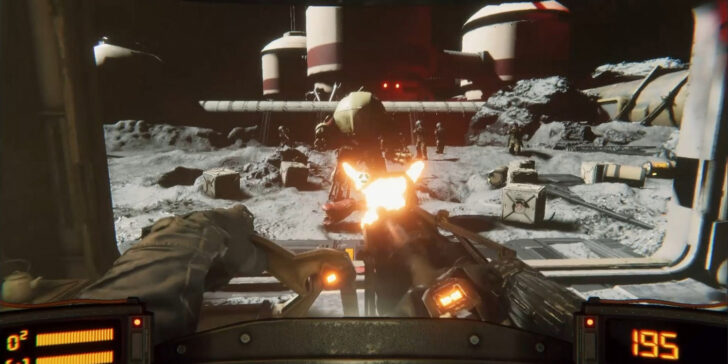 “Apollo Scarlet Moon” is a retro-style sci-fi fast-paced shooting game. After successfully landing on the moon as a member of the Apollo mission, the player finds himself attacked by the Soviets who have established a military base on the moon and captured. Players must find a way to survive, take the opportunity to collect intelligence, destroy Soviet military-related facilities, and try to get in touch with the Apollo in order to return to Earth safely.

Players will wear space suits for actions in the game. Because the outer space is the background, players must always pay attention to the amount of oxygen in the game. During the adventure, the player will be able to control the rover, or find a way to obtain armor, etc., and the player can also decide whether he wants to conduct a secret operation or jump directly into the enemy’s formation to kill.