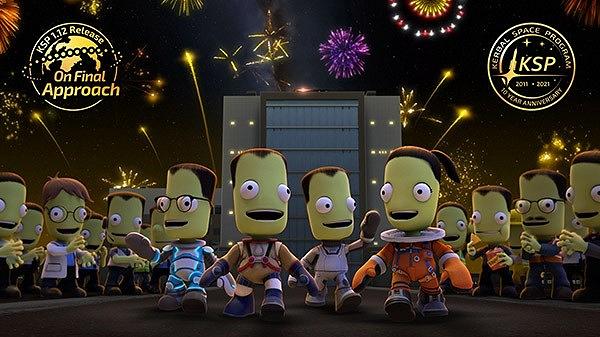 Game publisher Private Division and developer Squad will release an enhanced version of the Kerbal Space Project for PlayStation 5 and Xbox Series this fall, priced at $39.99.

Users who already own the game on PlayStation 4 or Xbox One will get a free upgrade.
PlayStation 5 and XboxSeries versions will provide upgraded resolution, improved frame rate, advanced shaders, better textures, and additional performance improvements. The running screen of the game on PlayStation5 and XSX is 1440p, and the running screen on XSS is 1080p. The additional system memory also brings a more stable game experience and also raises the upper limit of the player’s craftsmanship and design.
The company also announced that “Kerbal Space Project 2” will be launched in 2022, and will be launched for PlayStation 5 and Xbox Series, as well as previously announced PlayStation 4, Xbox One and PC (Steam, etc.) platforms.