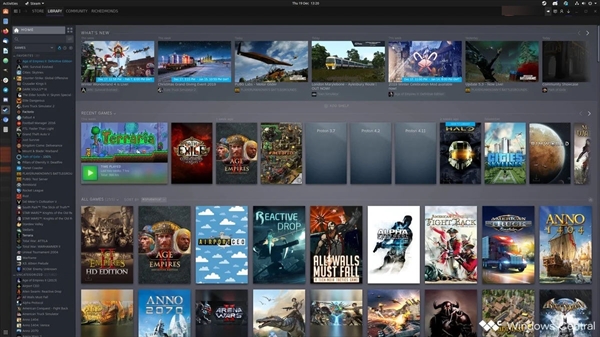 NVIDIA DLSS led the revolution of super-sampling anti-aliasing technology, and then we saw AMD FSR and Intel XeSS. Although the technical principles and implementation effects of each company are slightly different, they all lead to the same goal, all for higher game performance and better game picture quality.

The NVIDIA DLSS, nicknamed “Popeye”, is one step ahead, and it is far ahead of its opponents in terms of technical depth and breadth. Especially under the stimulation of opponents, it has accelerated its development. For example, it has recently upgraded to the new 2.3 version. The DLAA (Dynamic Learning Anti-aliasing) of the zoom part released the DLSS SDK and UE5 engine plug-in, improved the NIS image sharpening and zooming technology, and so on.

Proton is a Windows compatibility layer for Linux systems. It is based on the popular DirectX translation runtime Wine. It is also part of the SteamOS 3.0 system and has been used in Steam Deck game consoles.

The Steam Deck handheld hardware is based on the AMD Zen2 CPU and RDNA2 GPU architecture. It is not certain when it will support AMD FSR, and naturally, NVIDIA DLSS cannot be used.

Valve confirmed that Proton has supported DLSS for 24 games, including:

“Guardians of the Galaxy”

“Monster Boy and the Cursed Kingdom”