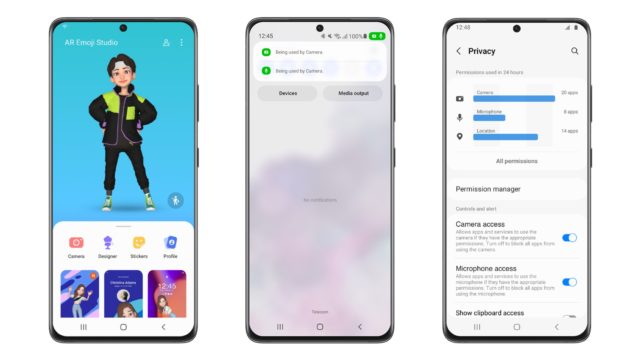 One UI 4 beta-based can be downloaded and installed on Android 12 now.

Google released the final beta version of Android 12 last week. Since its first release in February 2021, the operating system has become quite stable. During the release of the final version, the company stated that the final version of Android 12 is only “a few weeks away.” XDA developers already have an internal Google document that reveals a possible Android 12 release date.
According to the document, Google will release the source code of Android 12 to AOSP (Android Open Source Project) on October 4. AOSP is where Google uploads the final version of Android, and OEMs such as Samsung and OnePlus can get the code from it and install it on their Android skins.
XDA’s Mishaal Rahman said that the release date of AOSP usually coincides with the date when Google releases a new Android version to its Pixel devices. Rahman shared a screenshot of an internal Google file showing the company’s roadmap to stop approving software versions for Android 10, 11, and 12. Therefore, in accordance with the usual release cycle and the information provided in the document, Google may have set the release date of Android 12 as October 4.
XDA pointed out that, compared with Android 11 and Android 10, Android 12 has a longer release time than Android 11 and Android 10. The previous two Android versions were released in September. However, Android 12 comes with a new Material You design and many behind-the-scenes changes, which may make Google take longer than expected.
In other words, Android 12 may also arrive earlier. Samsung will release a beta version of One UI 4 based on Android 12 this month. This may mean that Google will also release Android 12 to AOSP this month.
If you can’t wait to wait for a stable Android 12 version, you can always install the latest Android 12 beta on your phone, which is as close as possible to the final version.