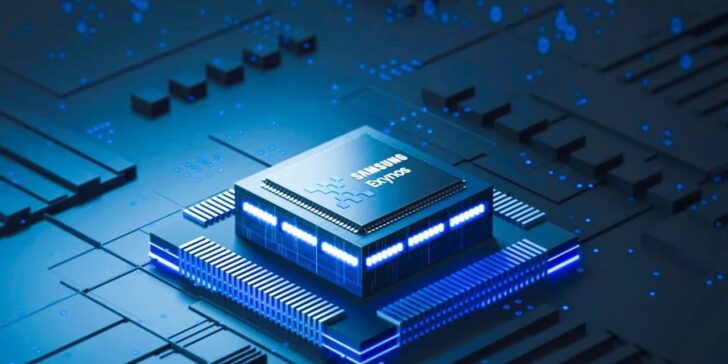 The first claimed benchmark test of the Exynos 2200 chip that is expected to be used in the Samsung Galaxy S22 has appeared on the Internet, and they show that the Samsung chip has made a huge leap in graphics processing capabilities. Such a big leap; in fact, the new chip’s performance may even exceed the iPhone 13; considering that Apple has always been the leader in the mobile field, this will be quite frustrating.

However, looking at the stage of benchmarks and processors, Samsung and Android fans shouldn’t begin to boast about Apple’s decline at this time because there are several reasons why they may prove too good to be true.

Despite this, what we have seen is still impressive. Samsung is cooperating with AMD to develop GPUs for its next-generation chips, and it has achieved the expected results. AMD created the “mRDNA 2” technology for this chip, a customized version of the RDNA 2 graphics technology that powers PS5 and Xbox Series X. It is also what makes Steam Deck such a juicy proposition.

Data leaked by user FrontTron on Twitter (via Tom’s Guide) shows that in multiple GFXBench benchmark tests, Exynos scores 40%-50% higher than Apple A14 (for iPhone 12 and iPhone 12 Pro).

This is a huge gap, but a preliminary question is: The A14 number given by “Tron” does not match the number you see when you look up the iPhone 12 benchmark on the GFXBench website. Tron said that the A14 hit the “Manhattan 3.1” benchmark at 120fps, while Exynos reached 170fps…except that I saw the iPhone 12 scored at 147fps.

Similarly, Tron said Exynos achieved 121fps in the “Aztec Normal” benchmark test, and A14 achieved 80fps, but the link showed that A14 was 105fps.

This still puts the Exynos 2200 ahead of the A14, but this is not surprising: it is a 2020 chip, after all! The biggest question is whether Exynos can exceed the expected performance of the A15 chip we will see in the iPhone 13. If it is 50% faster than A14, then it is almost certain. But based on the higher Apple benchmarks I linked to, this may not be the case.

This is still a pretty good result for Exynos, but there are more reasons to worry about whether it will reach these heights in practice, and Apple may even go further.

Therefore, one thing to note is that we don’t know the conditions under which these leaked benchmarks were conducted. Does the Exynos 2200 chip have the same power and heat limitations as a real cell phone, or does it run at a higher voltage and more airflow just to see what it can do? Because this will greatly affect the final result.

Is this version of Exynos the final version on the phone? It is listed as having six CUs in the GPU, which may be a more powerful configuration for tablets or even laptops. I tend to think that Samsung plans to put in the phone, but we are not sure.

There is also the fact that Exynos chips are only used in Samsung mobile phones in certain regions, while in the United States, for example, Samsung uses Qualcomm chips. Therefore, even if Exynos 2200 eventually becomes a game-changer, not everyone can enjoy its features.

Finally, when it comes to it being purely a technical superiority competition between Samsung and Apple, Apple does have another trick that can be deployed and will cause it to directly surpass Exynos.

Exynos has six CUs-one CU is a “sub-unit” for manufacturing AMD GPUs. You have a large number of identical CUs that work together to provide total power. Apple’s GPU calls its equivalent subunit the “core,” while the A14 has only four. In addition to adding two cores, Apple has not made any changes to the GPU in the A15, and the performance will increase by about 50%. I don’t think it will do this, but it reminds us that even in the face of GPU hosts like AMD, Apple will not mess around in terms of mobile performance.