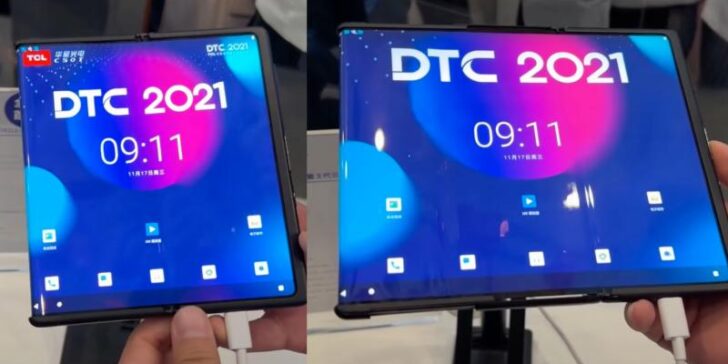 TCL demonstrated the concept of a foldable and rollable smartphone in April, and the company has just shown an actual working prototype of a similar device. The new prototype smartphone can be folded and also has a sliding mechanism that allows the display to expand, further expanding the overall screen space of the device.

Since the device is a concept, it is easy to assume that such a complex device will never become a real product, but it seems that TCL has not stopped experimenting with its ideas and made futuristic foldable prototypes and rollable models.

The video below gives us a glimpse of how the device works in practice. It seems that users can unfold a smartphone in a traditional size (possibly wider) and turn it into a tablet. The tablet computer can further expand the display screen, making it a mature tablet computer with a larger display screen, making it a suitable device for multitasking, watching movies, etc. The video also clearly shows that this technology will take several years, and the user interface refresh speed is not fast enough to be compatible with other foldable devices on the market.

Although the software obviously needs more optimization, it is questionable how this mechanism can be maintained when real users use it hundreds or thousands of times a week. We have seen that the folding mechanism of Samsung and Motorola devices breaks before, and the sliding mechanism will only add something that may break, making the device unusable when it is dropped. In any case, this technology is very impressive, and we can only hope that TCL and other companies can solve the current problems and make it a truly viable product in the future.