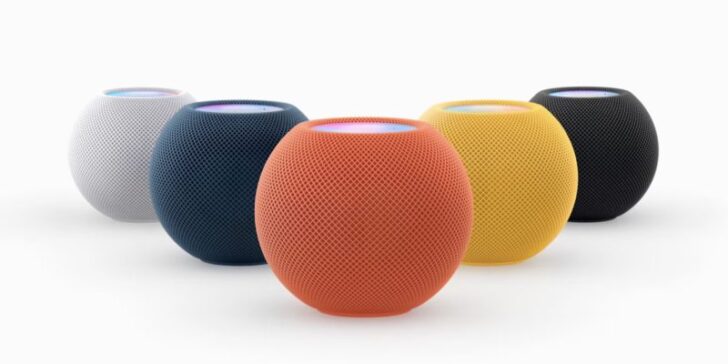 Apple introduced a new set of colors for the HomePod mini to make it easier to integrate into your home. In addition to the space gray and white options, you can now buy smart speakers in blue, yellow, and orange. It still starts at $99 and can be purchased in the new avatar in November this year.

Apple’s Bob Borchers added: “The HomePod mini sounds incredible. It can access more than 90 million songs in the global Apple Music catalog and is deeply integrated with your Apple device. It is a must-have smart speaker for iPhone users.”

Now, color refresh is not the only change in HomePod mini. Because Apple will extend its ability to identify multiple users to all regions where the product is available, Siri can now automatically adjust the volume, control Apple TV, control more sophisticated devices, and even use “Find” to locate your iPhone, iPad, iPod Touch, Apple Watch, or AirTag.

As always, OEM also pointed out that privacy is very important and how to recognize “Hey Siri” locally. Any information sent to Apple servers is anonymous and cannot be used for advertising.

The event also launched a new Apple Music subscription tier called Voice Plan, which starts at $4.99 and is provided with an individual plan of $9.99 and a family plan of $14.99. Its title search function is now all controls are done by voice.