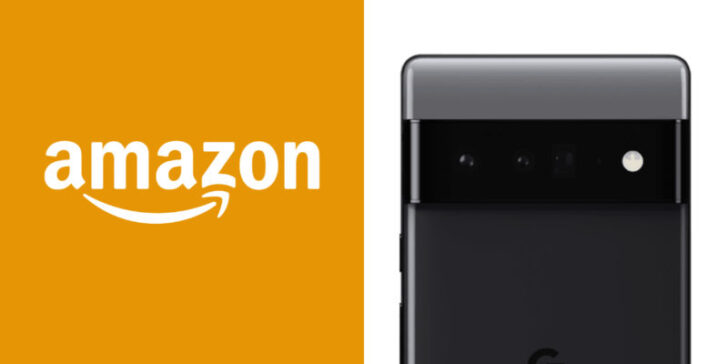 Google Pixel 6 Pro is available on Amazon before the announcement

Earlier today, we saw the leak of Google’s Pixel 6 series on Twitter, revealing their price tags. Another tweet also revealed the UK Amazon pricing for the Google Pixel 6 series and confirmed some of the specifications we saw before. The list also confirms the delivery date, which may be later than you initially thought.

Roland Quandt released a tweet revealing that the Google Pixel 6 Pro 128GB model is priced at 849 pounds, while the 256GB version is priced at 949 pounds in the UK. Quandt also shared an Amazon page with these devices, confirming some of the specifications we previously leaked online.

The UK price seems to be the same as the price of the Pixel 4 XL when it was released in 2019. The retail price of Pixel 4 XL 64GB is 848 pounds, while the 128GB model is priced at 929 pounds, which indicates that the 256GB Pixel 6 Pro may be suitable for a little more this time. The price of the Pixel 6 has not been disclosed, but we can safely assume that it will be at least £100 cheaper, which means a price tag of £748, which is very competitive for a device that is said to have one of the best cameras. Specifications, power in 2021. Please note that the price of Pixel 6 in the UK is now just a guess, we will have to wait and see.

Earlier today, we also released the leaked US dollar price, confirming that the Pixel 6 128GB model is priced at US$599, while the Pixel 6 Pro 128GB version starts at US$898, which is consistent with the UK pricing (but in US dollars , Is a trend that everyone is doing, including Apple).

Some of these specifications include an under-display optical fingerprint reader, 12GB of RAM and 128/256GB storage options, a 1440 x 3120 resolution 6.71-inch AMOLED display, a 50MP main sensor with OIS, 48MP telephoto and 12MP with 4x optical zoom Ultra-wide, 4K@30 /60fps video recording, of course, there is also Android 12 default.

Google Pixel 6 series will start shipping on November 1, which means we may have to wait about two weeks to receive the device (at least on Amazon), that is, if you book and go online when the device is released.