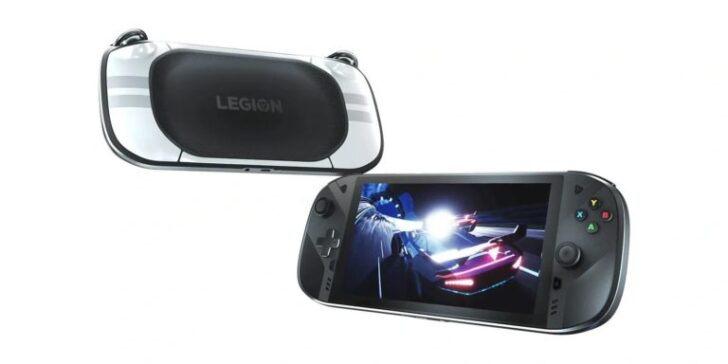 Liliputing publication is the first publication to find an image of “Lenovo Legion Play” on the website created by the manufacturer for MWC 2021. These images were found on Lenovo’s German and Japanese websites and fully demonstrated the device. Why it was not shown at the event or even mentioned is still a mystery.

The device appears to be running Android, with a custom launcher at the top. The website showed that the device is equipped with a 7-inch FHD HDR 10 display, a 7,000 mAh battery, and dual speakers, and has improved the touch for gamers. The device also has a USB C slot and a 3.5 mm headphone jack. The image shows Legion Play with the NVIDIA GeForce application installed, indicating that the main purpose of the device is (or is it?) to become a handheld cloud gaming device. On the front, on both sides of the 7-inch display, there are analog joysticks, ABXY face buttons, D-pad, and shoulder buttons arranged similarly to the Xbox.

The website shows that the device is “coming soon in a specific market,” but it is not clear yet whether the company will launch the product. What are your thoughts on Lenovo’s Legion Play? Are you interested in buying such equipment?