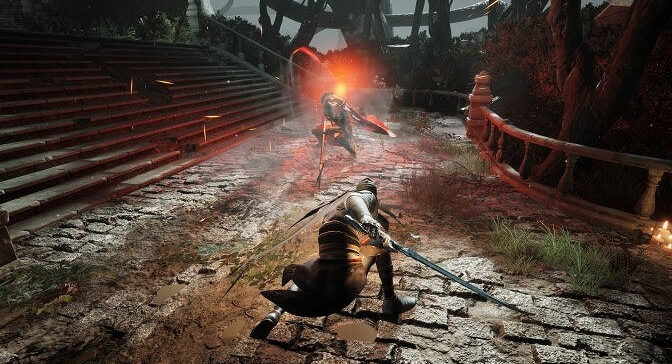 OverBorder Studios recently announced that its upcoming action RPG soul game “Thymesia: Memory Frontier” will be postponed to 2022. The team claimed that they needed more time to complete the finishing touches of the game.

The studio said:
“As a player community, your support for us is very good. We know that this may disappoint many people, but our goal is to release Thymesia in the best possible state. In order to do this, we need a little more time to complete the final Perfect work.”
“Thymesia: Memory Frontier” is an action RPG game with fast-paced combat and a complex plague weapon system. In a kingdom where death is spreading, players will play a mysterious character code-named “Corvus.” Players can prey on the enemy, use the power of the disease, and find the truth in their own memory.
Game features:
Weaponization of Plague: The player, as Corvus, can seize Plague from the enemy and use it as a deadly weapon
Various encounters: players need to use all weapons to avoid death, dodge attacks, and grid files at the right time will help survive
Dark and deadly world: The game uses a sinister and gloomy background style, highlighting the character design through the environment
Ruthless enemies: Corrupted by the Plague and mutated into monsters. The enemies are distorted and terrifying. They are incredibly hostile and will always look for opportunities to attack the player.
Provide replayability: let go to customize the protagonist and try the ability of different systems and the availability of a variety of different endings.