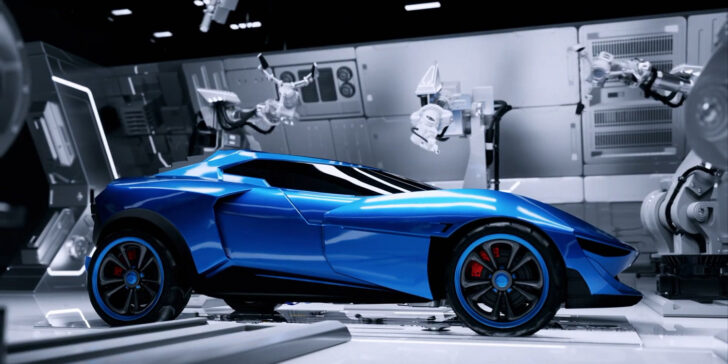 The fifth season of “Rocket League” is about to launch a new promo announcement.

Developer Psyonix announced today that the fifth season of “Rocket League” will be officially launched on November 17, and the game will be updated on November 16. The new season will add new combat vehicles, arena changes, rocket passes and limited-time game modes.

As you can see in the trailer, Starbase Arc in Season 5 will get a new look, and evil interstellar forces will invade the arena. In the fifth season, new songs will be used in the game, and three new Rocket Lab arenas will be added.

As usual, a new Rocket Pass will be added to the new season, and the paid version will provide unique rewards. The new limited-time mode will be launched on November 18. This “hot-tracking ricochet” is a variant of the previous limited-time mode “hot-tracking”, which will allow the ball to automatically guide to the goal.

“Rocket League” is a racing game produced and published by Psyonix. This is the orthodox sequel to “Supersonic Acrobatic Rocket-Powered Battle-Cars”, which combines racing with The ball sports elements have been organically combined, and a lot of creativity has been added, which not only integrates the characteristics of racing and ball sports but also adds unprecedented new elements such as rocket-powered flight, physical effects, and special effects. This work not only retains the wonderful multiplayer duel mode, adds a large number of custom duel options but also supplements the single-player challenge content. In the arena of sci-fi futuristic style, players are transformed into powerful rocket racing cars, participating in exciting multiplayer duels, playing wonderful cooperation and excellent goals, and enjoying the audio-visual feast of the next generation of speeding ball games.