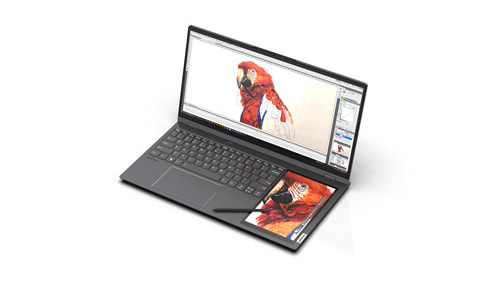 The upcoming 17-inch Lenovo ThinkBook Plus may have a second monitor for drawing.

In addition to releasing pictures of the upcoming dual-screen 17-inch Lenovo ThinkBook Plus, Evan Blass also released a large number of pictures of upcoming products from other companies. These include images of the upcoming foldable Royole F3, JBL Live Free 2 headphones, ROG Flow Z13 and ASUS’s upcoming TWS called ROG TWS. The picture shows that in addition to Lenovo, Asus is also developing a dual-screen notebook named ROG Zephyrus Duo 16. According to the name, this is likely to be the successor to ASUS’s existing ROG Zephyrus Duo 15. The screen is above the keyboard but in a horizontal position, not vertical like the upcoming 17-inch Lenovo ThinkBook Plus.

Blass did not provide detailed information about the device release. Lenovo launched the last ThinkBook at the 2020 International Consumer Electronics Show, so this may mean that Lenovo’s goal is to release it at CES next year. But considering the shortage of chips, this notebook computer may also be released later.