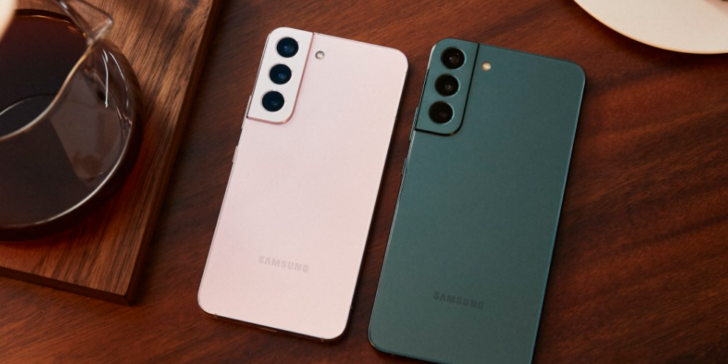 Samsung Galaxy S22 / S22+
The Samsung Galaxy S22 and S22+ are basically the same in appearance and configuration. Depending on the market, they will be equipped with Snapdragon 8 Gen 1 or Exynos 2200 processors, with 8/128GB and 8/256GB configurations, with phantom black, phantom white, green and Pink gold color scheme.

The Samsung Galaxy S22 features a 6.1-inch AMOLED 2X display that supports 10-120Hz adaptive refresh rate. The machine is equipped with a 3700mAh battery, 25W fast charge, weighs 168g, and has a thickness of 7.6mm.

The Samsung Galaxy S22+ features a 6.6-inch AMOLED 2X display that supports 10-120Hz adaptive refresh rate. The machine is equipped with a 4500mAh battery, 45W fast charge, weighs 196g, and has a thickness of 7.6mm.
Both models are equipped with a 50-megapixel Samsung GN5 sensor main camera, as well as 12-megapixel ultra-wide-angle and 10-megapixel telephoto three-shots, and both the main camera and telephoto support OIS optical image stabilization.

Samsung Galaxy S22 Ultra
The Samsung Galaxy S22 Ultra has undergone major improvements, borrowing the design philosophy of the Galaxy Note 20 Ultra, and has a different appearance than the other two in the series, with Phantom Black, Phantom White, Green, and Dark Red.
The machine has up to 12GB of LPDDR5 memory and up to 1TB of storage space, and is equipped with a 6.8-inch large-curvature WQHD+ AMOLED 2X display with a peak refresh rate of 120Hz and supports 1-120Hz adaptive refresh rate.
The largest in the series, the Galaxy S22 Ultra also features a large 5000mAh battery that supports 45W wired fast charging.

Galaxy S22 Ultra is equipped with a 108-megapixel main camera with laser autofocus, advanced auto-framing and OIS, and a 12-megapixel ultra-wide camera that supports 120°FoV. There are also two 10-megapixel telephoto lenses (3x and 10x optical zoom), and a 40-megapixel front-facing lens.

The most important improvement of the Galaxy S22 Ultra is the built-in S Pen stylus, which is known as the “fastest and most responsive S Pen” and supports all the functions common to the Galaxy Note series, including memos, handwritten text conversion, quick notes, and more.

On the software side, all three phones will come pre-installed with the One UI 4.1 system, which is optimized for night photography and produces well-lit and detail-preserving images. All three Galaxy S22 series phones receive up to four Android OS upgrades and five years of security updates.

The Samsung Galaxy S22 series will be available globally on February 25th, priced at: