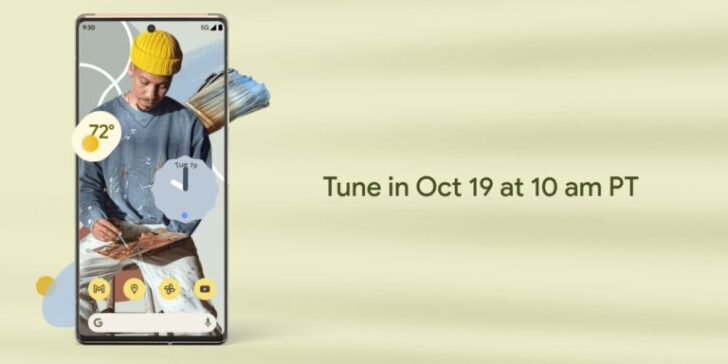 The waiting is coming to an end. Google has announced the new Google Pixel 6 series release date, so please mark your calendar as the event will take place in two weeks.

After a series of rumors and leaks, we finally determined the official release date of Google Pixel 6 and Google Pixel 6 Pro. We basically know everything related to Google’s new flagship, but there are still some unknown details. We have confirmed that the new Pixel 6 series will adopt an amazing design and stand out in a sea of ​​square flat panels.

The new Pixel Fall Launch will be held on Tuesday, October 19th at 10 am Pacific Time (1 pm Eastern Time). There is no more information on the Pixel event landing page, but we got some nice details. This page invites you to “press and hold the space bar to change your mood.” By doing this, you will see some changes in the final background of the widget and the page. It also works when you click and hold the button, which is very concise. If you don’t want to miss the Google Pixel 6 series release, you can add it in your event calender or download the .ics file.

If you go to the FAQ section, you will see Google confirm that the new Google Pixel 6 & Pixel 6 Pro would be officially launched on Tuesday, October 19th. We also confirmed that both devices were launched by Tensor, the company’s first customized mobile chip, which should be fast, smart, and safe. It also tells us that the event will be open to all interested, even if it is not a live event because it will be a pre-recorded live broadcast. If you missed the first show, don’t worry. You can also watch it again, just in case you missed it.