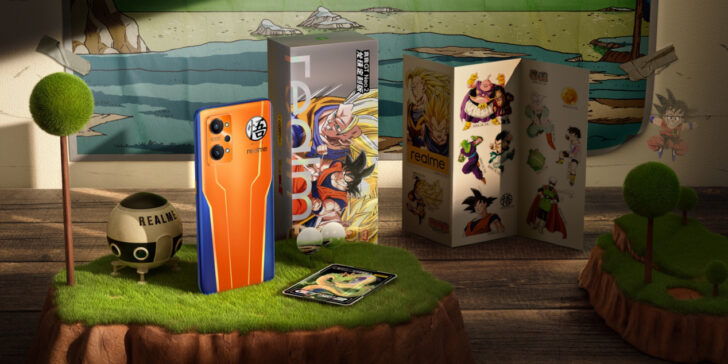 As a co-branded product, the Realme GT Neo2 Dragon Ball Custom Edition integrates the different forms of the Monkey King transformed into a Super Saiyan in the Dragon Ball world into the product appearance and the design of the system theme UI on the premise of continuing the gene of the Realme GT Neo2 product. , To create the “Super Saiyan” in the mobile phone circle

Inside the package, four key battles that changed Wukong’s life are drawn. It comes with a random gift, the classic Dragon Ball Four Planet Card Pin, and a customized version of exclusive accessories such as Dragon Ball stickers, Shenlong Card and so on.

In addition to customizing the desktop wallpaper, the Realme GT Neo2 Dragon Ball Custom Edition also brings exclusive customization to multi-scene animations. Turn on the GT mode to instantly summon the dragon; the customized charging animation is like the explosive energy of Wukong transforming into a super Saiyan. Instantly restore 100% power.

It is informed that in terms of configuration, the Realme GT Neo2 Dragon Ball customized version is consistent with the Realme GT Neo2, equipped with a Snapdragon 870 5G processor, and has an ultra-high frequency of 3.2GHz. With the diamond cooling system and GT mode, it can easily cope with various large-scale mobile games. In addition, it is equipped with a 120Hz Samsung AMOLED high-quality direct screen, a large 5000mAh battery, and a 65W smart flash charge.

The Realme GT Neo 2 Dragon Ball customized version 12GB+256GB is priced at 2999 yuan, the first sale is straight down by 300 yuan, and the initial price is 2699 yuan. And it also supports interest-free 6 installments.