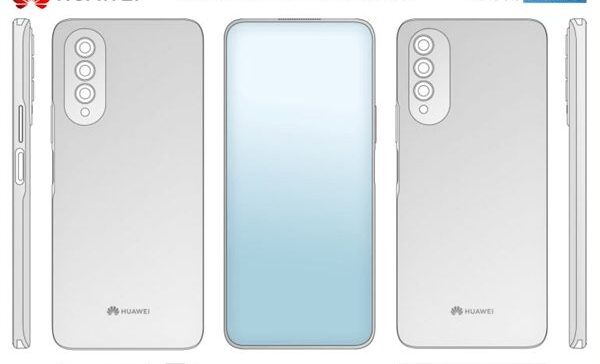 With the increase in user demand, the requirements for the screen-to-body ratio of mobile phones are getting higher and higher, and major mobile phone manufacturers are constantly pursuing more extreme full screens, and water drop screens, bangs screens, perforated screens, lifting full screens, etc. are also in demand. From the structural point of view, the under-screen camera should be the best solution for the full-screen era.

It is reported that the patent was submitted by Huawei Technologies Co., Ltd. to the National Intellectual Property Office (CNIPA) on December 15, 2020, and was authorized on July 9, 2021.

Judging from the patent drawings, the smartphone adopts a full-screen design, and the screen frame is very narrow. In addition, there is no hole at the top of the screen, and there is only a 3.5 mm headphone jack and earpiece on the top of the phone. It can be inferred from this that the phone should have adopted an under-screen camera.

There are two physical buttons on the right, and there are no buttons on the left side of the phone, and which should be the SIM slot and the power button. There is a microphone, a USB-C port, and speakers at the bottom.

Judging from the patent published today, compared with the patent issued in January, the patent should be aimed at the mid-range mobile phone market.