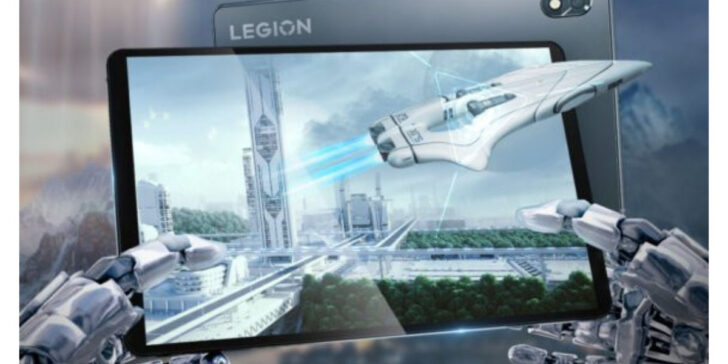 Lenovo announced the launch of a new gaming tablet in China. The company’s latest tablet computer belongs to the Legion series, mainly for gamers, especially those who play mobile games. This tablet has an 8.8-inch display, which, although not the largest, offers better screen space than a smartphone screen. It also supports high refresh rate display, Dolby Atmos and more. It is also one of the few tablets that may be equipped with Snapdragon 8 Gen 1 SoC. There is no news about whether Lenovo’s Legion Y700 gaming tablet will be launched outside of China. At the same time, let’s take a look at the specifications, features and other details of the Legion Y700.

This gaming tablet has an 8.8-inch display with a resolution of 2560 × 1600p. When held horizontally, the borders on both sides of the screen are slightly thicker, which provides enough surface for players to hold the tablet while playing games.

As it is a gaming tablet, Legion Y700 supports a 120Hz refresh rate. It also has a 240Hz touch sampling rate and 100% DCI-P3 color gamut. The tablet is also equipped with a rear camera sensor with LED flash on the back. Other features include brushed metal finish design, JBL tuned speakers with Dolby Atmos and more. This tablet may be equipped with four speakers for an immersive audio experience.

The detailed information about the SoC is still unknown. However, it is speculated that this gaming tablet will draw power from the Qualcomm Snapdragon 8 first-generation SoC. We can expect it to be equipped with 8GB/12GB of RAM and up to 256GB of internal storage. What is your opinion on Lenovo gaming tablets? Please let us know in the comments below.